For a limited time, receive $1,000 off all Studios, One Month off of all One-Bedrooms and 1.5 Months off of all Two-Bedrooms *Current pricing includes special.
Contact leasing staff for details and restrictions

With chairs built from custom-made drums from Gambia, hand-woven light fixtures hanging from above, and authentic Senegalese art adorning the walls, Mansa Kunda makes diners feel like they’ve been transported to West Africa. That feeling continues as you read the menu and try some of owner Hatiib Joof’s dishes, which are native to his home country, Gambia.

Joof opened Mansa Kunda in January in Takoma Park with the goal of introducing the DC area to the cuisine his family has been cooking and eating for generations. While regular cutlery is available, he encourages diners to step outside their comfort zone and eat with their hands as West Africans do. If you’re new to the food from this region of the world, those who’ve already eaten here suggest starting your meal with the abala, a Gambian street snack consisting of black-eyed pea tamales wrapped in a banana leaf. Move onto the main course, which traditionally  focuses on meat, like a tangy, spicy chicken dish known as yassa, or a traditional fish stew. But if you don’t eat meat, no worries — the kitchen is happy to make just about any dish a meat-free one. 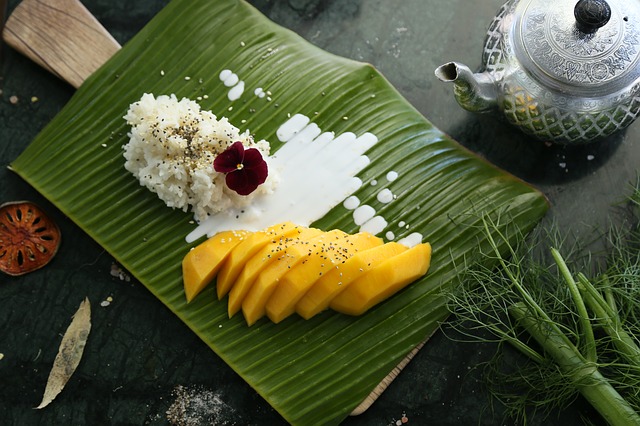